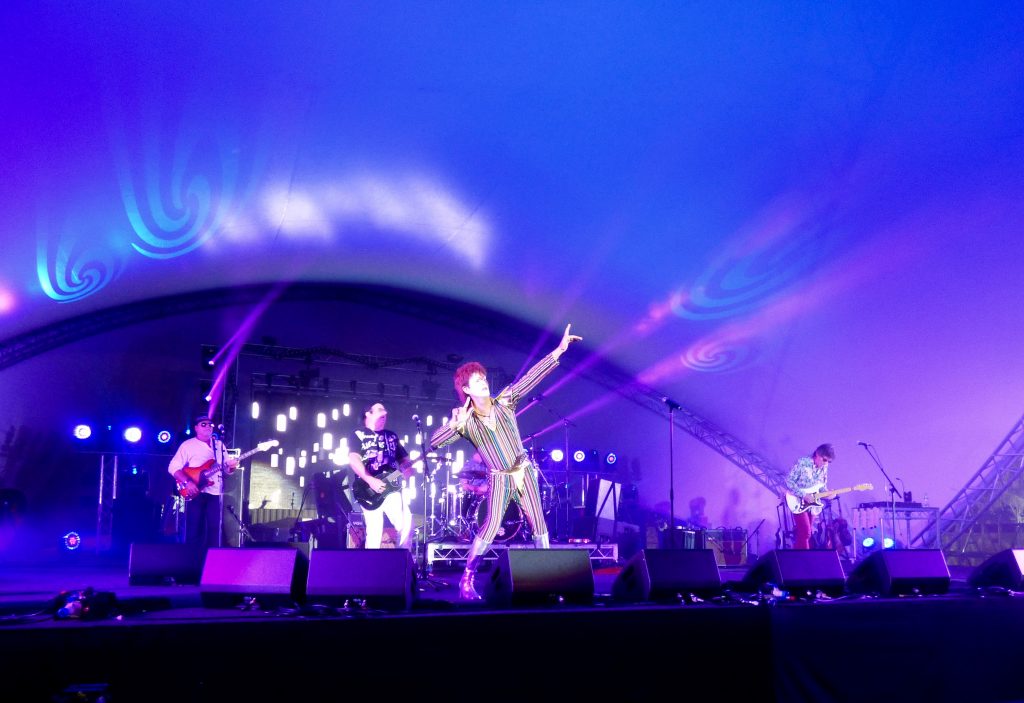 David Bowie is a rock and roll legend.  He switched image and musical styles like a chameleon, and Tribute band Major Tom cover all these distinct Bowie styles.  From his androgynous space/glam alter ego ‘Ziggy Stardust’ came the hits Rebel Rebel, Jean Genie and Space Oddity. As ‘The Thin White Duke’ Bowie released classics like Heroes, Sorrow & Young Americans. His reinvention in the eighties rocketed him to megastar fame. The worldwide number one dance hits of this era included Modern Love, China Girl, and Lets Dance.  Consequently these huge hits pack dance floors all over the world!

This five piece band are dedicated Bowie performers!  The band have been performing their Bowie tribute since 2010. Every member of the band is part of the show, with the multi-instrumentalists singing, playing and entertaining to the max.