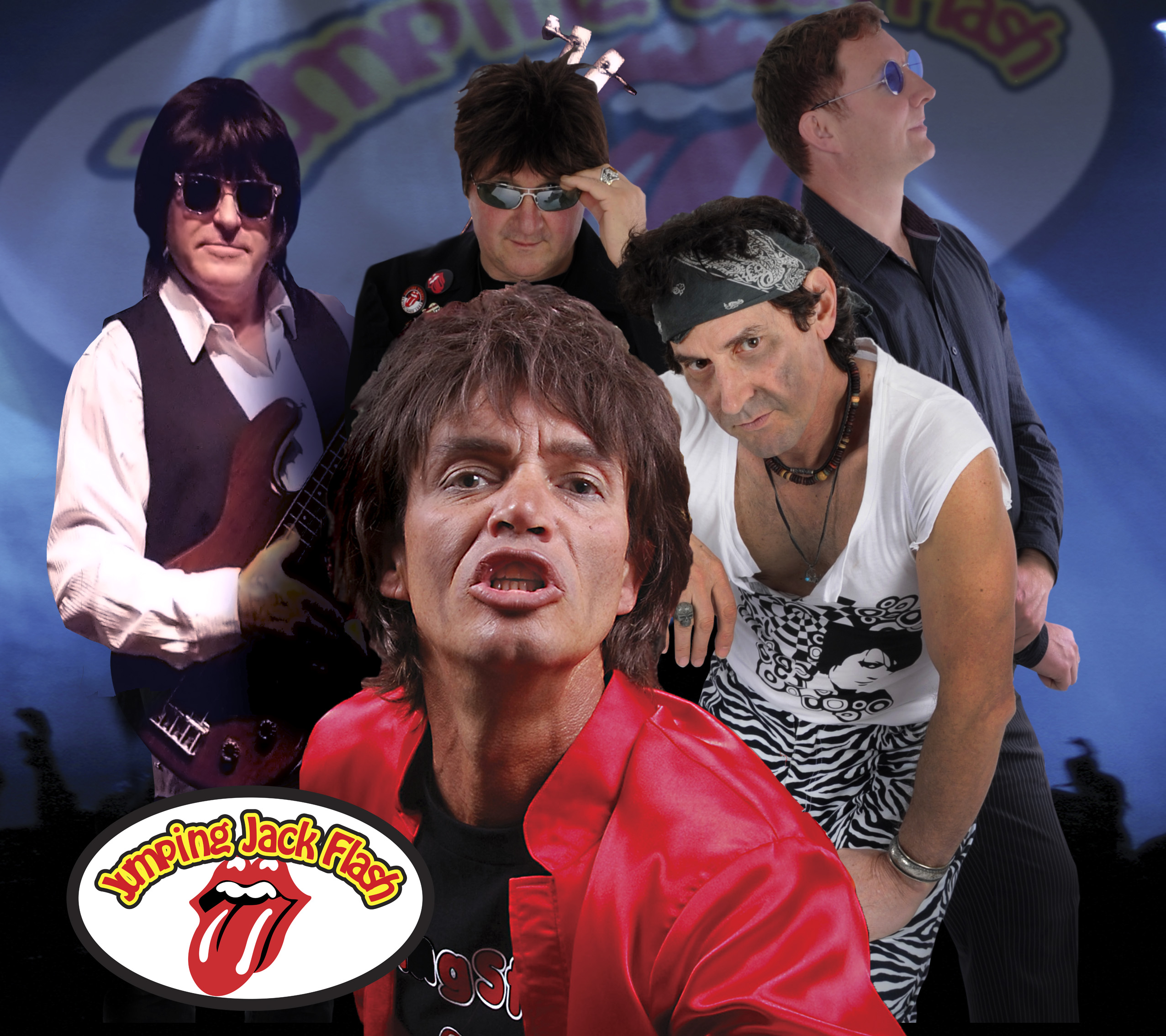 Jumping Jack Flash are Australia’s longest running and most respected tribute to The Rolling Stones.  They have performed throughout Australia and Asia. Guaranteed to give 100% Satisfaction!

Jumping Jack Flash have been featured on TV shows in Asia and on Australia’s Channel 7 & 9.  Also they can regularly be seen performing on the world’s top cruise ships as headline entertainers. Cruise ship performances include; Ovation of the Seas, Explorer of the Seas, Legend of the Seas and Rhapsody of the Seas.  Additionally recent festival performances include Hong Kong Rugby Sevens in Hong Kong Stadium, Beerfest Asia in Singapore and also The Gladstone Harbour Festival in Qld.

At the heart of this world-class tribute to The Rolling Stones are Tom Jennis as Mick Jagger and Rocky Evangelisti as Keith Richards – the ‘Glimmer Twins’.  Tom Jennis perfectly captures the strutting, swaggering charisma of Mick Jagger’s stage presence. Additionally, Rocky Evangalisti faultlessly reproduces the attitude and performance of rock and roll’s original guitar hero – Keith Richards.  With the rest of this five piece live band at full throttle, they blast out hit after hit from the Rolling Stones catalogue.  After all, ‘It’s Only Rock ‘n Roll, But We Like It”!!

The legendary Rolling Stones are unmatched in musical history for their power and presence on stage. Jumping Jack Flash are a group of dedicated and experienced musicians who make it very clear why The Rolling Stones will always be “the greatest rock and roll band in the world”.

>More information on The Rolling Stones