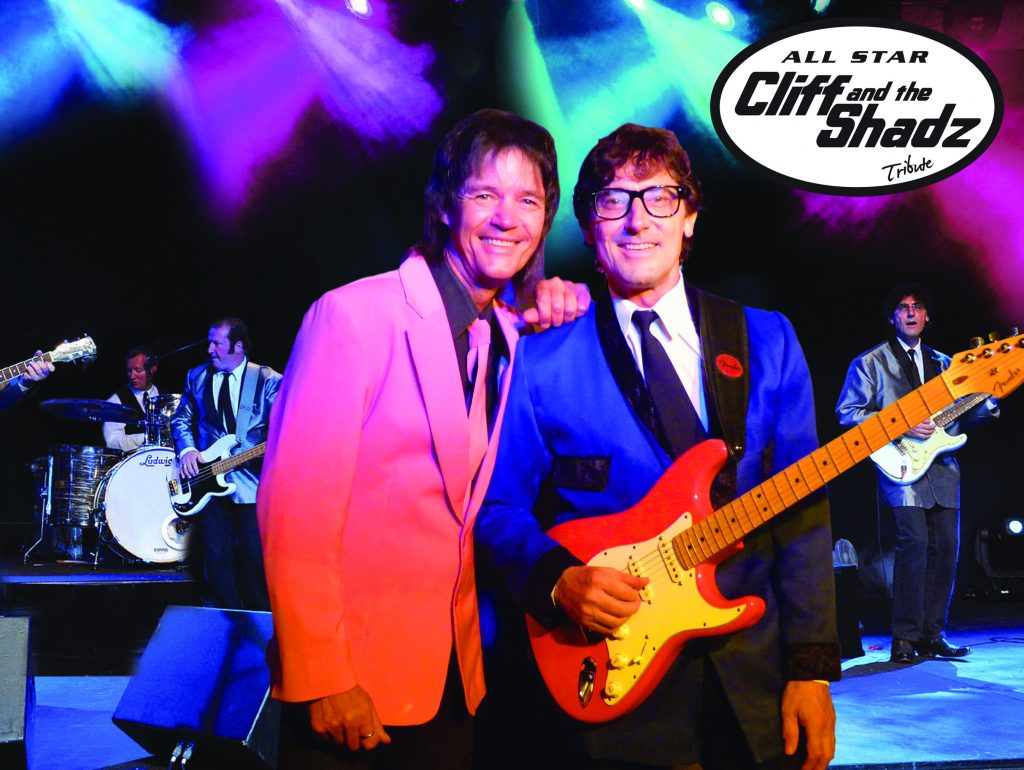 Tom Jennis and his show band ‘All Star Cliff & The Shadz’ have packed dance floors throughout Australia and Asia. This authentic singalong tribute to Cliff and the Shadows, capturing live on-stage the unique qualities that make the Sir Cliff Richard phenomenon.  The show performs Cliff and The Shadows most popular hit songs from 1950’s onwards.

The band not only includes Cliff look-alike, Tom Jennis, but also Hank look-alike, Rocky Evangelisti.  They make a perfect combination!

This is Australia’s longest running tribute to ‘Cliff & The Shadz’ have thrilled audiences around Australia.  The show is ideal for Rock n Roll Festivals, Theatre shows, Lifestyle Villages, and all concerts targeted to a more senior demographic.

Add in tribute show sets from The Beatles or Rolling Stones for FREE!

The All Star Cliff Richard & The Shadows Tribute show band continue to perform internationally throughout Asia and Australia.  The band specialises in retro music festivals, community festivals, themed corporate events, vineyard concerts, theatre performances and sports clubs.  The show is perfectly paired with the Australian Beatles tribute or Jumping Jack Flash (Rolling Stones Tribute).  Either of which can be added to an evenings entertainment for no extra fee as these shows contain the same musicians.

John Lennon once said “before Cliff and the Shadows there had been nothing worth listening to in British music”. Stellar praise indeed, but well earned, as Cliff Richard is the only artist in history to have produced hits over six decades. Emerging as Britain’s answer to Elvis Presley in the fifties.  Cliff Richard & The Shadows were able to make the transition from rebellious rock and rollers to movie and pop stars. No-one has ever more fully deserved the accolade of musical legend than Sir Cliff Richard.

All performers have up-to-date vaccination status and are available for interstate and international bookings.