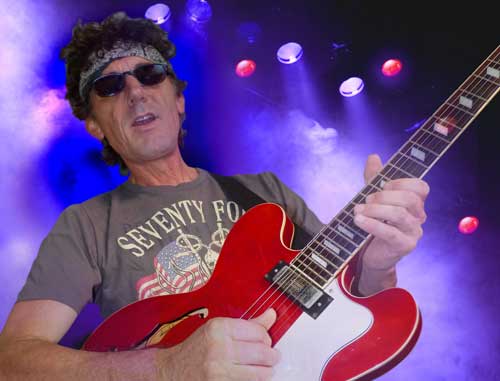 When it’s time to rock, choose the American Star RockShow Tribute! This set is ideally suited to a spectrum of audience often overlooked by professional showbands, the die-hard rock fan!  But instead of performing a tribute to just one rock band/artist, which can become rather repetitive, American RockShow plays tribute to numerous USA rock masters in one non-stop extravaganza, including tributes to; ZZ Top, John Cougar Mellencamp and George Thorogood, all performed with a respectfully authentic sound and spectacular visuals.

This show can be combined with The Australian Blues Brothers for a huge USA theme night.

American RockShow tribute is perfect entertainment for Family Festivals, Community Festivals, Mining Camps, and any ‘USA’ themed event. Turn it up to 11 ‘cos this set rocks!

All performers have up-to-date vaccination status and are available for interstate and international bookings.